Football coaching communications equipment must be reliable beyond all else ? and it all comes down to the components. 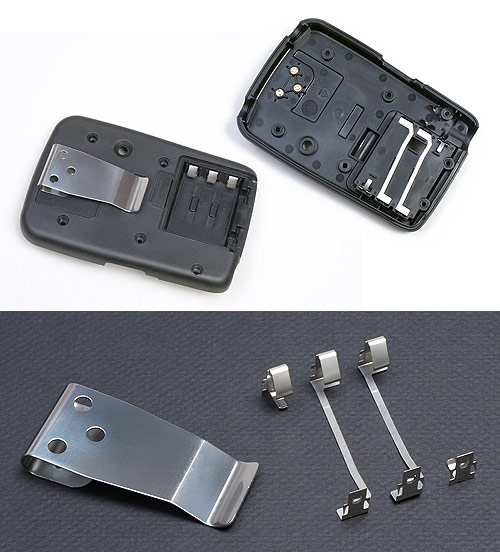 It doesn't look all that hi-tech. In fact it just looks like a modified telephone. But try telling that to makers of the headsets used on the sidelines by college football coaches.

As it turns out, that lifeline to the all-seeing eyes of the assistant coaches from above has changed the way the game is played. There is nowhere to hide from those eyes.

The head coach that once upon a time had to rely only on his eyes and ears right from the sidelines now has a team of assistant coaches who sit high above looking down on the game, evaluating not only the plays themselves, but any activity on the opposing team sidelines. What is the opposing coach telling the quarterback during the time-out? Is that star running back injured? Are they changing up their defensive strategy?

This line of communication between the coach and assistants is so important that if for some reason one team's communications line fails, the opposing team must shut theirs down just to keep the game fair. It's the equivalent of having aircraft able to scout a battlefield and track movements within and from the enemy camp, and not having such vision is being totally blind to the enemy's movements.

Keeping that communications equipment operational is obviously a high priority, both to the coaching staffs and companies that provide headsets and accompanying gear to them. Just ask Alan Cummings, mechanical engineer for CoachComm, a specialty provider of local wireless communication gear to football teams. "Teams come to us because we make reliable equipment," Cummings says. "They have to be able to count on it no matter the weather, no matter the circumstances. That game is going to go on no matter what."

CoachComm began as one individual assisting coaching staffs with sideline communications, and has now evolved to providing equipment to nearly every college-level team. That essential reliability stems from each and every component making up the headsets and accessories. For example, for parts such as battery contacts and belt clips, they knew they needed hardy components provided in a cost-effective manner. "In our case, we needed to keep the tooling costs down on these parts," says Cummings. "For parts such as these, tooling cost would have just about killed us. This solution gave us the opportunity to avoid that cost and get high-quality parts at a quick turnaround at the same time." 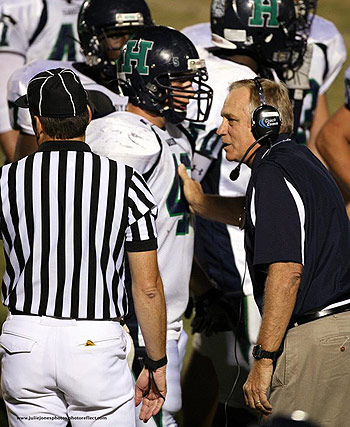 These belt clips and battery contacts are provided by a company called Fourslide Spring and Stamping, Inc., named for the manufacturing process used. This particular process is highly beneficial in situations such as those of CoachComm when manufacturing cost is an issue and when short lead times are important.

"As with any new project, it is essential that your manufacturing partner be easy to work with," Cummings said. "Fourslide was very accommodating, working with us through many iterations of the contacts and the belt clip. They supplied multiple prototypes and quotes, helping us to arrive at the best components functionally, at the lowest cost."

The fourslide manufacturing process takes raw material in flat strip form from a coil that is then stamped in progressive dies. Once stamped or blanked out, the strip moves into a forming section to which four tool-carrying slides approach from four surrounding points. Forming is accomplished by tools striking from any or all of four directions, forming the part around a center form. The process can been seen in animation here.

In addition to saving tooling costs and lead times, there are other advantages that the fourslide process has over larger power press runs. With complex forms, for example, tooling for power press can become prohibitively expensive and in some cases cannot even be done. Because of the flexibility provided by multiple axes, the fourslide process can execute multiple bends, bends beyond 90 degrees, twists, cylindrical forms and tapped holes in one single run. Contacts, like the parts Fourslide makes for CoachComm are particularly well suited to the fourslide process.

Another advantage is the capacity for design changes between runs, such as when technology advances and improves, or even when an initial design is found needing improvement. Such tooling changes in a power press environment can be many times more expensive.

Fourslide Spring and Stamping also works directly with the customer during the part design phase. Because the company has a combined hundreds of years of parts design and manufacturing expertise in-house, they can make recommendations that will improve the efficiency – and the overall cost – of the process for particular jobs. Fourslide was able to make a recommendation on the battery contact that ended up saving manufacturing costs.

This kind of partnership cannot be achieved with many other manufacturers and, of course, with offshore manufacturers with whom direct contact is impossible.

For many electronics manufacturers, the fourslide process appears to be a good fit.

Bruce Boyers is a technical writer based in Glendale, California.